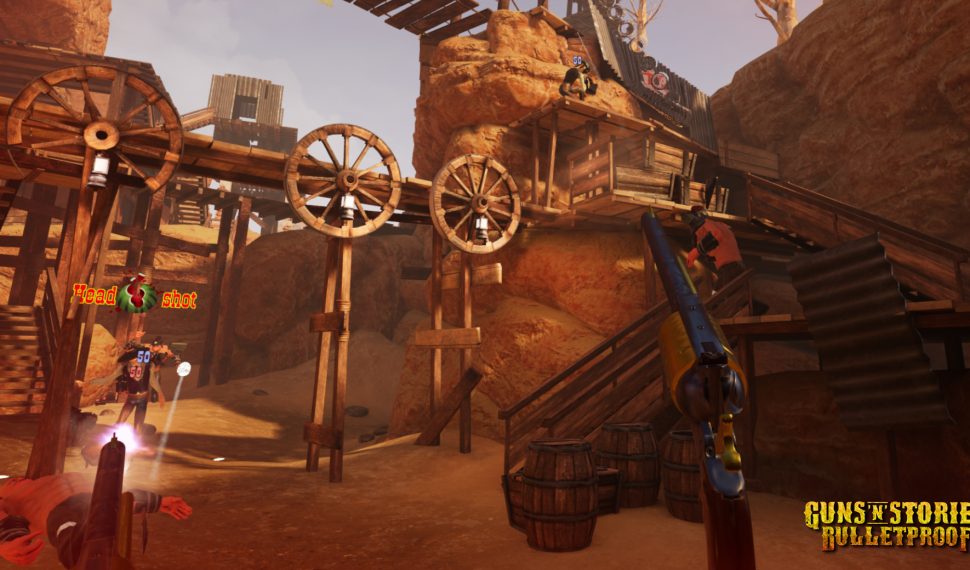 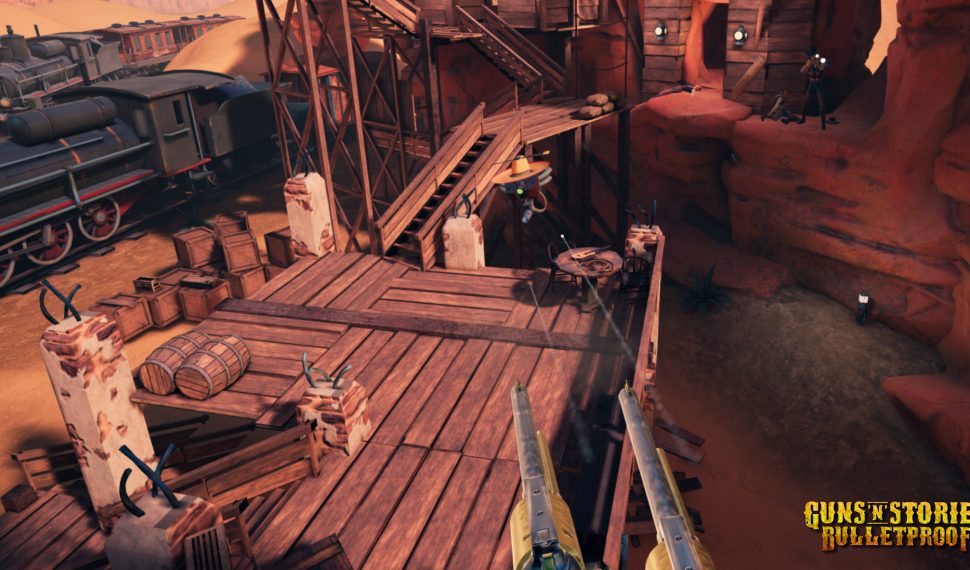 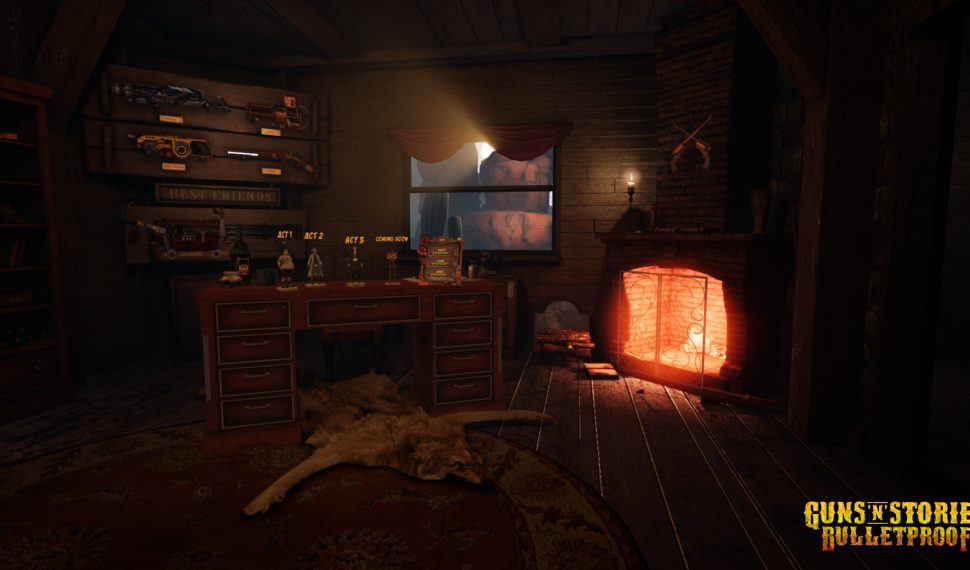 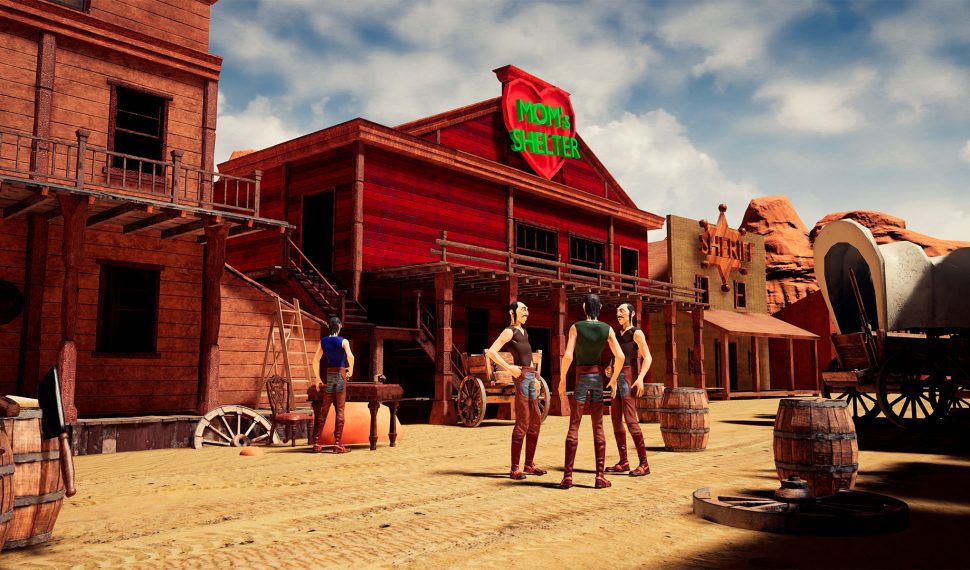 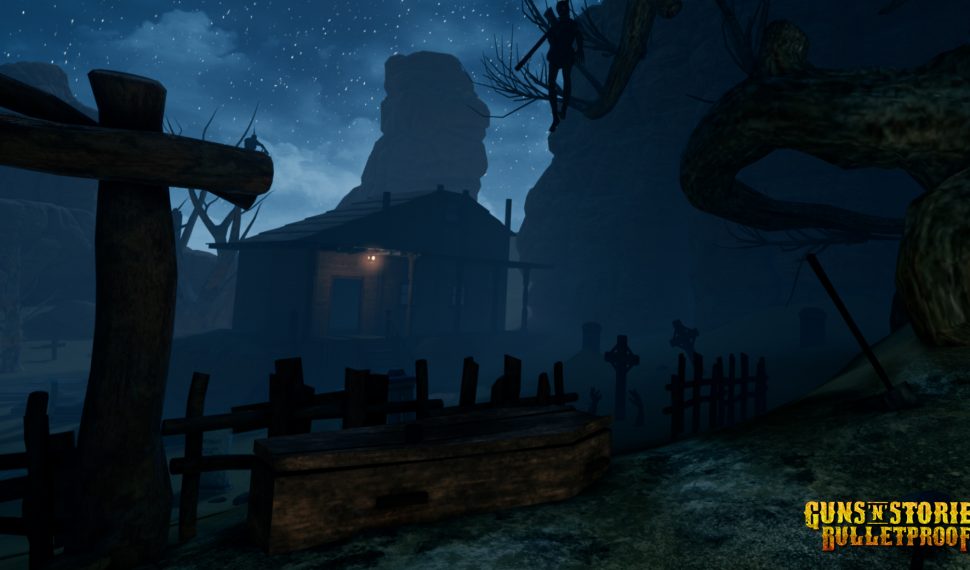 Guns’n’Stories: Bulletproof VR is a dynamic western-shooter that fully immerses players into the ambiance of weird Wild West. Stepping the tangled storyline, you will encounter many intimidating but comical enemies and fight Big Bosses.

You will have to shoot aptly and a lot using both hands as well as to use various covers and move actively, avoiding bullets of enemies.

You will visit many beautiful locations and will be able to try a big arsenal of weapons under the rhythm of the western rock music, jokes, and cynical humor!

Guns’n’Stories: Bulletproof is a full immersion into the ambiance of rollicking Westerns and shooting like flash from both hands, with cynical (and sometimes even black) humor.

This is unforgettably vivid cocktail from emotions, in which we’ve added everything to make a player fall out of reality for a while to receive exactly these bright and fresh emotions we’ve only experienced when were kids.
The game will not make you bored even for a bit, constantly surprising you with its new story shifts, shootings, and various but unchangeably hilarious enemies.

This is a persistent feeling of realism of what’s around and a possibility to be on Wild West. Though, a little bit Hollywood-style.

The game will generously reward you for a desire to move actively – you can evade bullets, shut them down, and hide behind the objects while shooting back in your enemies.

You will have an impressive spectrum of weapons (firearms, throwing weapons, and even futuristic arms) that will allow you to feel as an experienced shooter who is capable of dealing with hordes of attacking enemies alone.
You will visit lots of locations, every single one of which has been thoroughly thought-out and designed.

Along with that, the game is maximally comfortable and user-friendly. You will never feel sick or discomfort during the game.

However, you will need a good physical shape to play on the high level of complexity. So, we advise you to start from easy levels in order to receive more seamless gaming experience and get tired much lesser. There is nothing to be ashamed of!

You can try free demo-version of the game first – “Guns’n’Stories: Preface VR“ 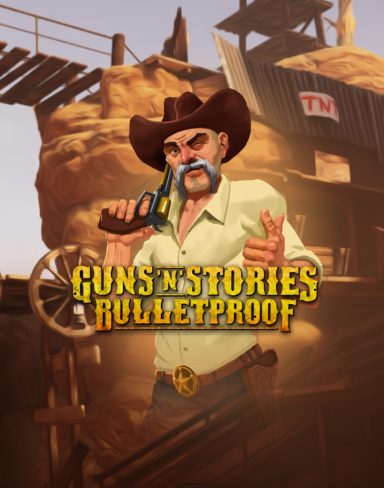