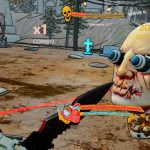 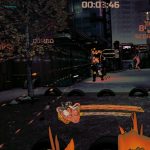 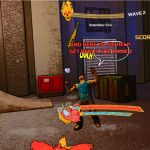 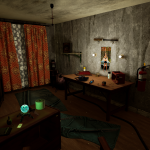 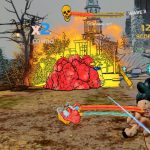 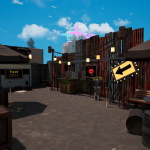 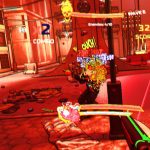 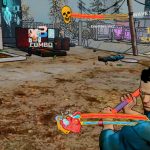 2077, the city of M, the territory of the Federation. The country is still reeling from a war it started. You are a cyberpsycho, whose program has crashed due to a “Taras-Kulish” fatal error that encourages you to kill. It’s time to clear the streets of dirt.

The player will have to meet in the arena with Lumpenproletariat – the criminal elements and other asocials, from existing at all times boozers to mutated former soldiers and crazy members of special forces, ardent supporters of nuclear war and special weapons, more powerful than combat pigeons, and many others.

Those who have sunk to the underworld and who are alien to do the socially useful work seek to make everything around them destructive in their likeness.
How far will the skills and abilities of arena-shooters be enough to survive on the same ground as them?

1. Ultra violence is the goal
Violence is a core game concept in which killing enemies and dismembering them is the only way to the top of the leaderboard.

2. Doping = life
Use various stimulants to survive in this world of anarchy and make your life sparkling with new colors.

3. High dynamic combat
Adrenaline-fueled firefights will not let you get bored. For a successful game session you constantly have to move, kill enemies and dodge bullets.

4. Set of game modes
There are several different game modes in the game, which give your unique experience and are woven into the narrative of the game.

5. Variety of the game content
A diverse arsenal with the different types of weapon behavior, different enemy factions with their own features, the set of game maps.

The game contains ultra-violence in the form of endless fighting with enemies. There are also moments of drugs, alcohol, tobacco and stimulants usage that change the perception of the world of the protagonist. This allows him to enter the combat “stream”. Their consumption triggers the adrenaline reversal timer and increases the player’s vitals. Until it expires, the player is forced to kill. Successful kills bring the player extra seconds to stay in the arena.
Different stimulants can contain different scene post-processing effects through filters and additional VFX (blood of opponents, display of shots and explosions, visualization of enemies death).
Images of sexual acts, sexual violence, and non-consensual sex are not present in the game, but there is a sound of sexual intercourse in the lobby.
There are images of the naked body in the lobby in the form of posters and holograms. 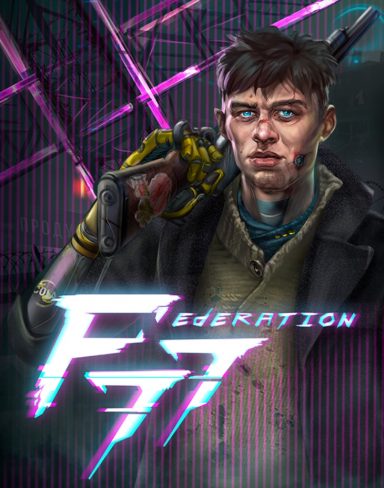