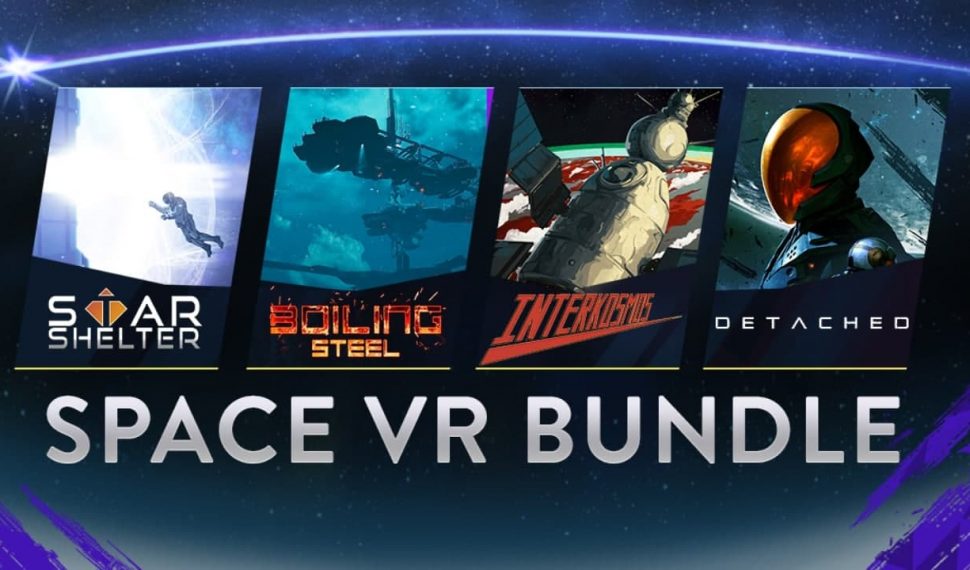 Space VR bundle – not just an international, but a truly intergalactic product. 4 VR games from 4 studios. Released on Steam.

It’s a result of collaboration of 4 studios with 4 VR games in the sci-fi and space genres, including:

Sci-fi story-based FPS VR shooter. You are one of many who set off in search of a better life in the distant bastion of scientific progress. Immerse yourself in the thick of events and witness the inexplicable global cataclysm.

Suspenseful interstellar duel that demands tactics and skill to survive. Separated from your unit you must make smart decisions and race to safety in this visceral exploration of deep space. Strap yourself into your spacesuit for thrilling gameplay designed for VR headsets.

Enter Zvezda, a fully interactive re-entry capsule heavily inspired by 1970’s space technology where every switch, gauge, and mechanical bit could be relevant to your survival.

Space survival game built from the ground up for VR. You are stranded in space, you must climb around in Zero-G, explore, scavenge, craft, hack and fight to survive. You have to build, arm and upgrade your own space station in order to escape the cosmic graveyard.

Recommended for all conquerors of virtual worlds!